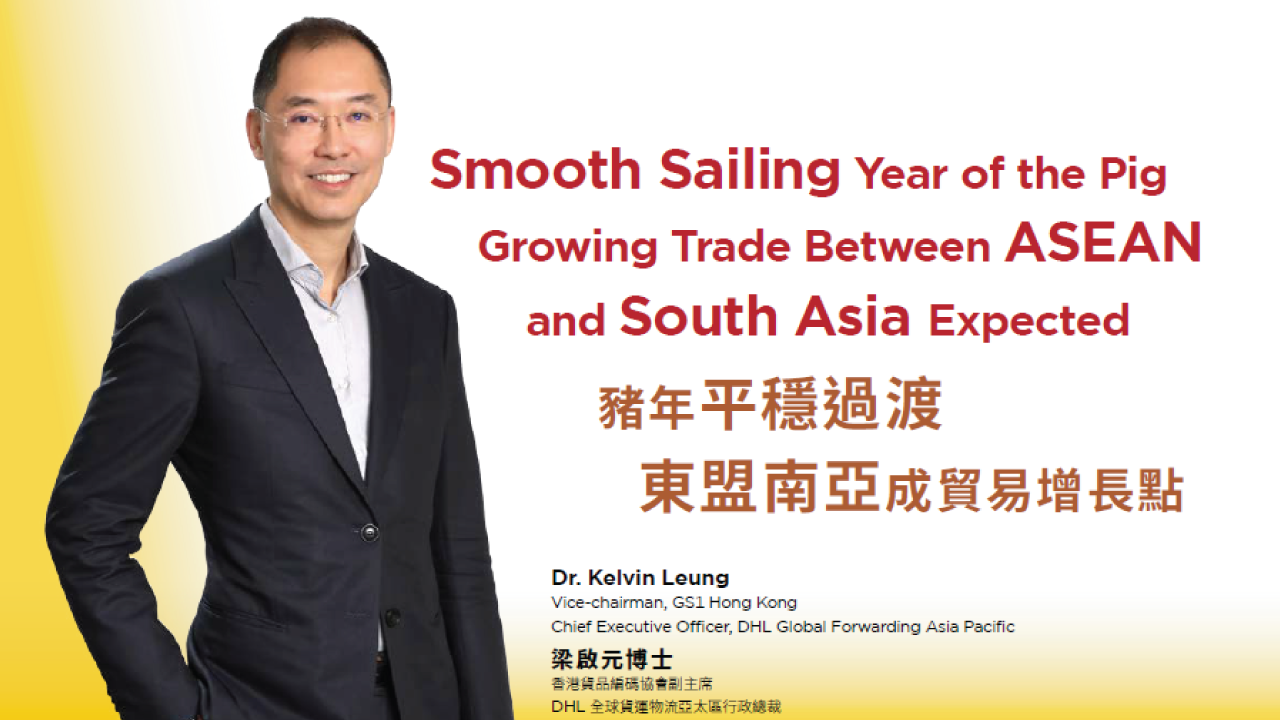 The US-China trade tensions, Brexit, trade unilateralism, conservative consumer sentiment and tension faced by global enterprises all seem to point to a potential global economic downturn. Still, Dr. Kelvin Leung, Chief Executive Officer, DHL Global Forwarding Asia Pacific, remains optimistic about this year’s economy, as he is seeing steady growth in the US, the world’s biggest consumer market, as well as Mainland China and the ASEAN countries. He also hopes the US-China trade tensions will be resolved soon.

Besides the trade disputes, Dr. Leung considers that the factors giving rise to the migration of larger production lines from China to ASEAN/South Asia, are the increasing manpower and land costs in some Chinese provinces. Vietnam, Philippines, Malaysia, and South Asia countries like India, Sri Lanka, Cambodia, Myanmar and Bangladesh, are among the popular destinations which boast lower production cost. Yet, SMEs involved in the supply chain of the same product category, such as manufacturers of component products like computer monitors or computer chips, may not have the resources to move. This in turn facilitates trading between brands and component manufacturers in the territories, driving economic and trade growth in the Asia Pacific region.

Dr. Leung believes the general Hong Kong population will stay ambivalent in the first two quarters of 2019. While the trade dispute will cause some market fluctuations, he trusts that the overall environmental factors will remain robust. He adds, unless a ‘Black Swan’ event like a financial crisis occurs, the economy should see some upside in the second half of 2019.

Part of his insights are based on the Global Trade Barometer published by DHL every quarter. “The DHL Global Trade Barometer aggregates market data from seven largest GDP countries, which accounts for approximately 75 percent of world trade. It is based on import and export data for a number of  intermediate and early-cycle commodities that serve as the basis for further industrial production, and the data is evaluated with the use of artificial intelligence, big data analytics and predictive analysis to forecast the next quarterly trade trends,” said Dr. Leung.

He points out that the Global Trade Barometer is vastly different from the business index compiled from questionnaires and opinion survey, which may be subjective and opinionated. The Barometer makes use of current big data for forecasting, and the formula has undergone validation and refinement, resulting in more accurate predictive power. 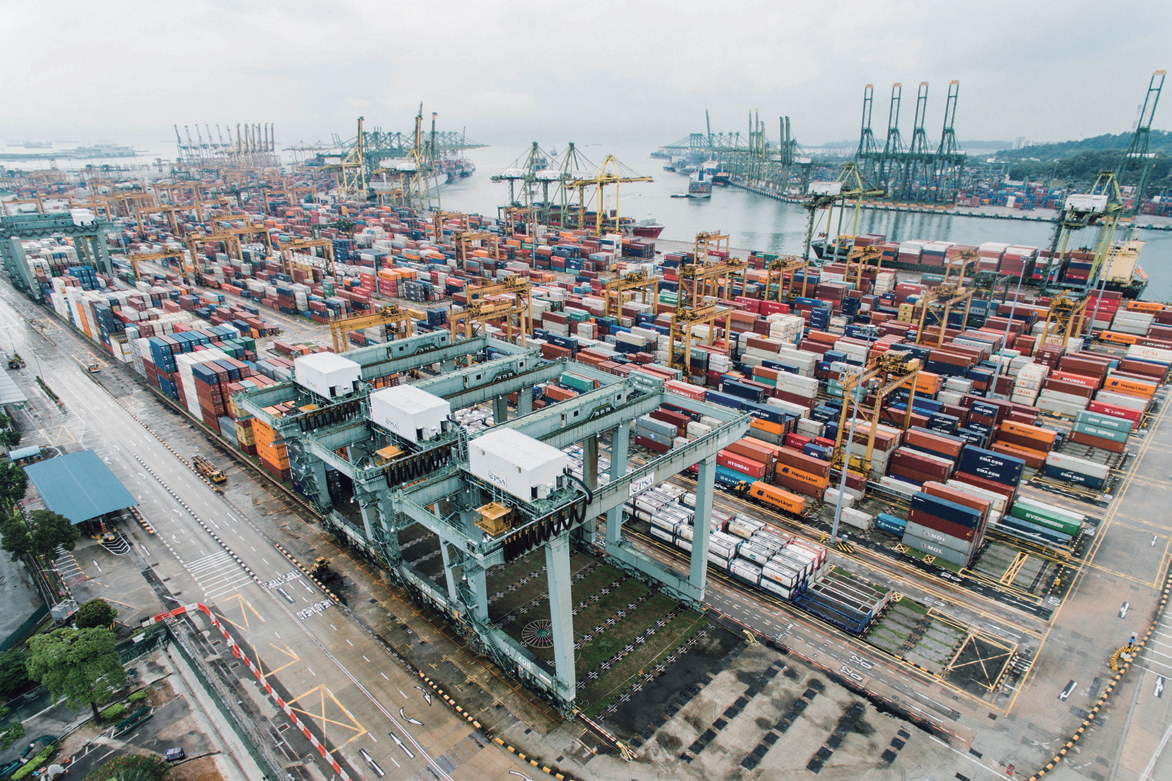 The Magical Weapons in Logistics

Dr. Leung believes that technology like big data analytics is penetrating all business sectors, and DHL is one of the early adopters. Currently, DHL Global Forwarding is able to provide the latest delivery status to customers based on timestamps captured at each delivery milestone with a smart phone app connected to a mobile network, even in more remote and rural locations. The technology is simple and cost-effective, but contributes significantly to shipment visibility.

Also, DHL Global Forwarding introduced various automation systems in its warehouses, including the Robotic Process Automation (RPA), which automates data entry processes by reading and interpreting millions of words in documents or on the computer screen. The technology allows data to be processed 7x24, and minimizes human error from data entry.

Automation has inevitably made certain functions comprising repetitive tasks redundant, but it has also created new job demands. “We need experienced software engineers who are familiar with machine operation to manage our warehouses, so that they can troubleshoot when problems occur. To optimize processes in the warehouses, we are re-evaluating the current organizational structure of tasks undertaken by different departments.”

To fully unleash the bridge’s potential, the governments of Hong Kong and Macau will need to improve the current arrangement of cross-border trucks at the bridge and the supporting facilities in Macau. One example is the cargo handling capability at Macau International Airport. Dr. Leung looks forward to the seamless connectivity of cross-border trucking along the bridge resembling the current arrangement between Hong Kong and China, which allows products to be delivered directly to its destination after customs and inspection clearance.

Customs around the world like the US and the European Union will see changes in 2020, one of which is the use of X-ray equipment to inspect all cargos and travellers to ensure flight security. Dr. Leung recommends that the Hong Kong Government provides resources to help the industry assimilate with international standards, such as in the purchase of X-Ray scanning systems which can cost up to millions, as well as to train practitioners on how to manage the systems. “The Hong Kong Government should take the lead in initiating dialogues with foreign governments to agree on the safety inspection practices and standards, so as to facilitate logistics development.” 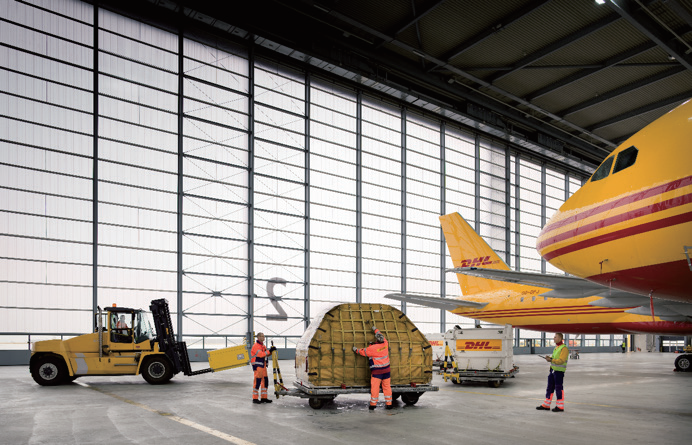 5G Infrastructure: A Critical Element to Integrate into the Greater Bay Area

Dr. Leung believes that Hong Kong possesses excellent conditions to develop into a smart city. “Hong Kong is a densely populated city. Launching a trial test of any smart technology in one of the larger housing estates can benefit tens of thousands of people – this is cost effective and creates a high return on investment (ROI). Such conditions may not be present in other international cities. He strongly advocates the acceleration of 5G network development with narrowband IoT (NB-IoT), and believes innovative technologies will only be able to advance if Hong Kong can foster the establishment, auction, standardisation and frequency spectrum compatibility of the 5G network. 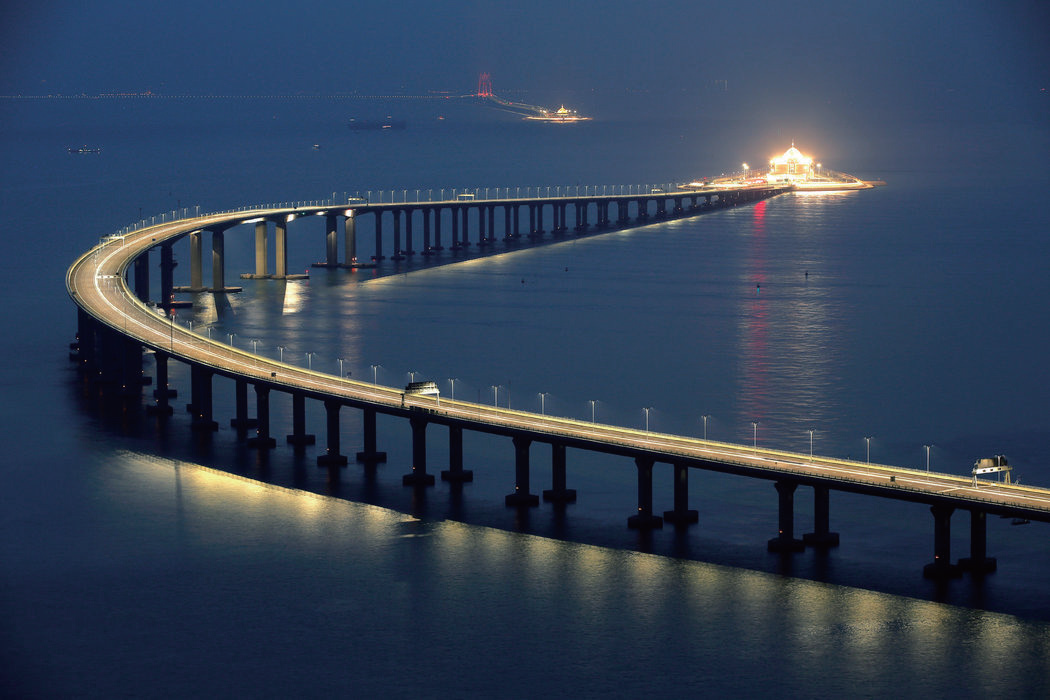 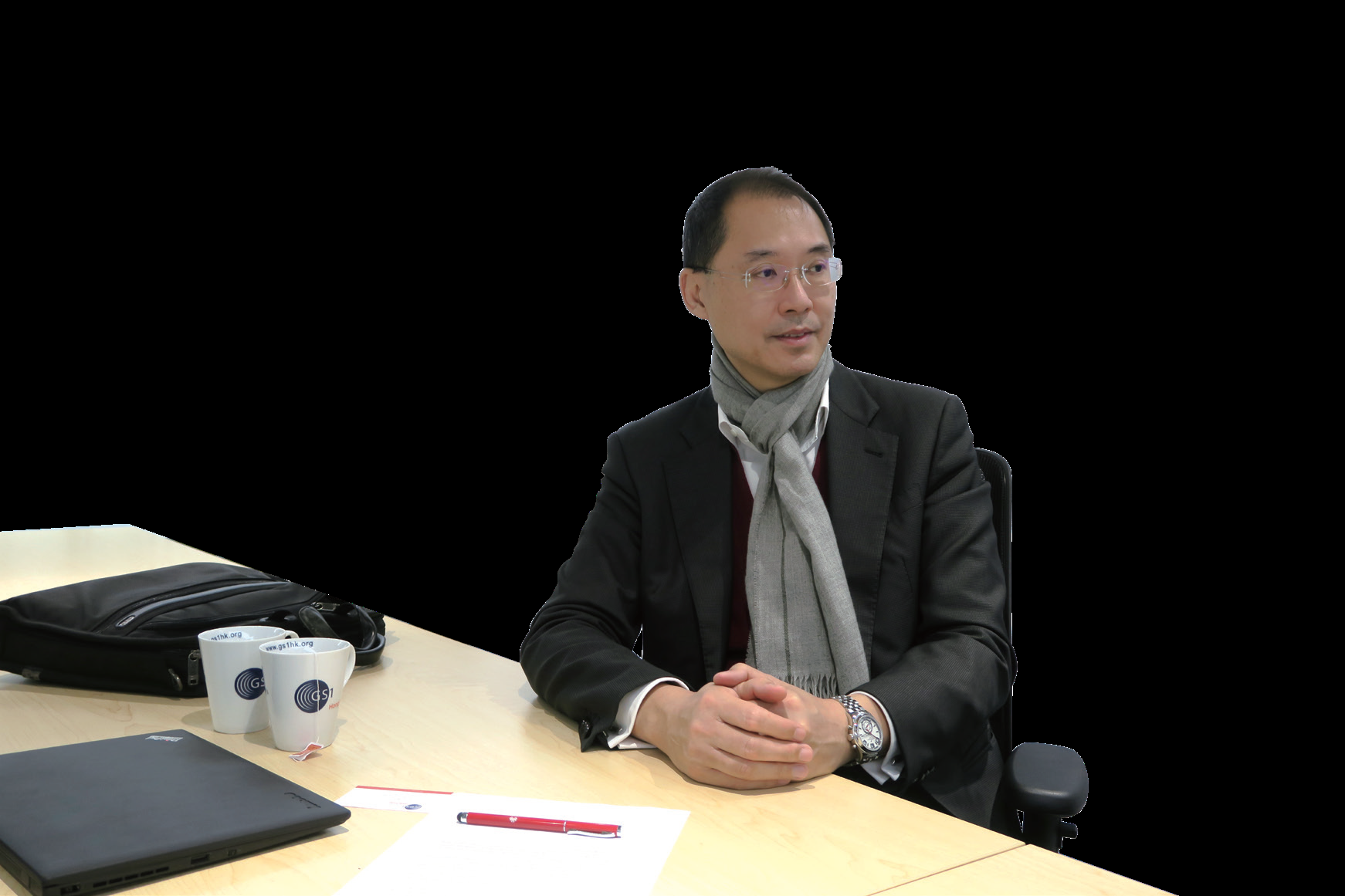 As the Chairman of GS1 Hong Kong, Dr. Leung expects GS1 HK to strengthen its service capabilities to increase business transparency and efficiency across logistics, retail and other industries. Meanwhile, GS1 is closely related to the IoT technologies and standards, so he hopes GS1 HK can take lead in the development of NB-IoT in Hong Kong and plan for the set of data standards, facilitating the integration with the Greater Bay Area. GS1 HK’s international background helps to enhance efficiency across logistics and promotes the Greater Bay Area to become the role model for the world’s 5G smart district. 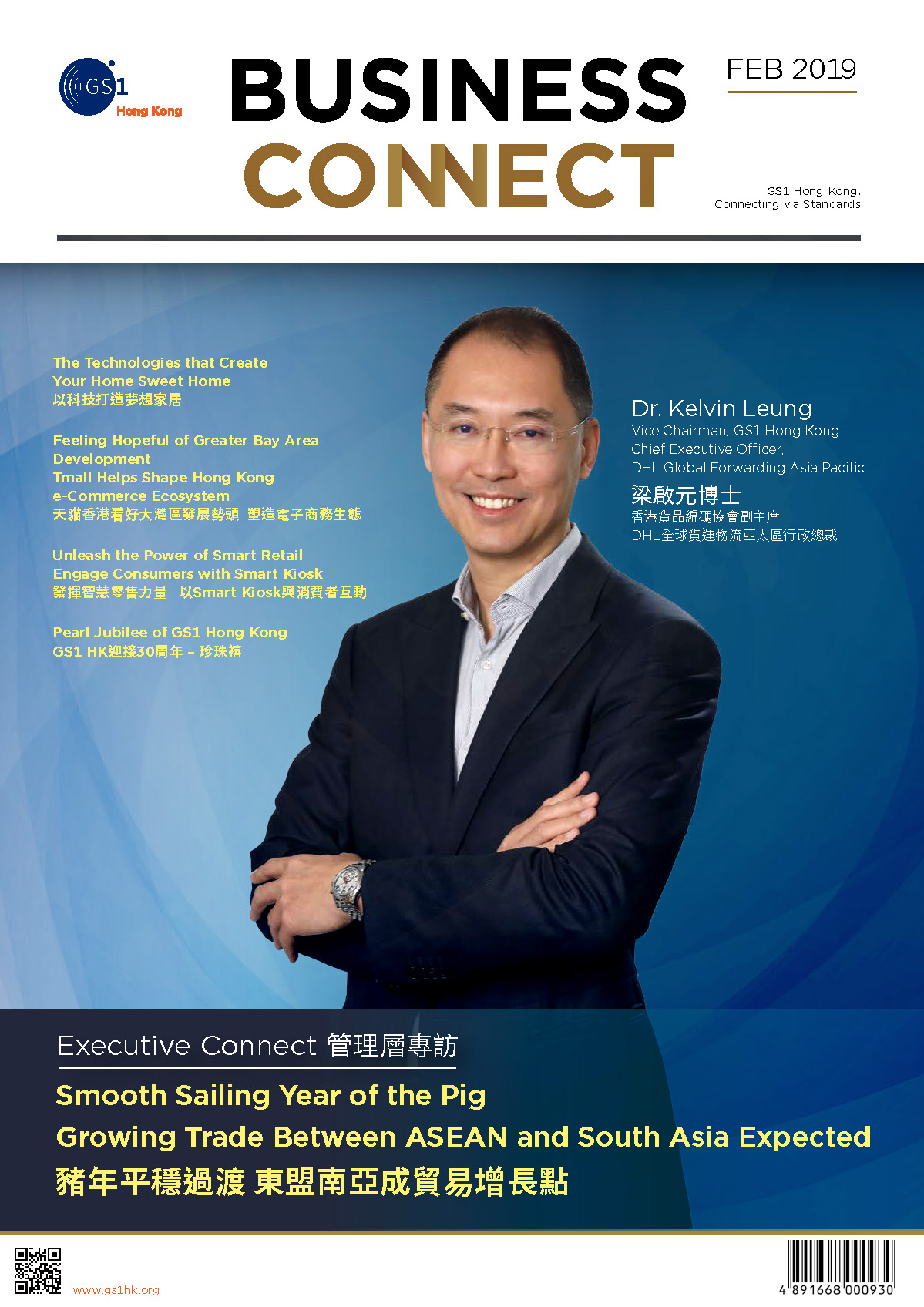 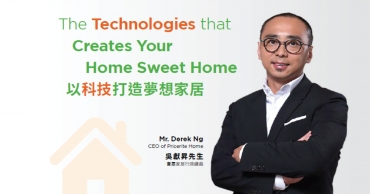 The Technologies that Creates Your Home Sweet Home
A technology overhaul is never easy for a 3 decade-old business, it requires… 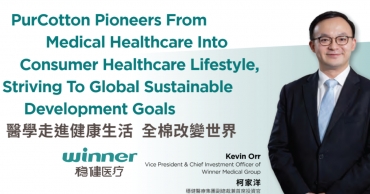